Recently there was a stink on the Internet about a woman named Clarabelle Rodriguez who tried to purchase a pair of designer eyeglasses online and got ripped off by an unscrupulous vendor. When she complained that the glasses were knock-offs and demanded her money back, the vendor not only refused to issue a refund but threatened her.

Somehow, Google got blamed. Poor Google! Life can be hard when your name becomes a verb meaning “find everything in the world.”

END_OF_DOCUMENT_TOKEN_TO_BE_REPLACED

When I was in school it seemed like every multiple-choice test included at least a few questions for which the answer was “E. All of the above.” Once you get the hang of it, it’s not difficult: if you’re absolutely sure that at least two of the answers above are correct, “All of the above” is the right choice. 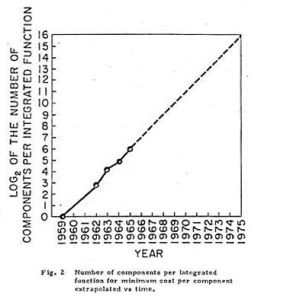 It’s been a while since I graduated high school. The intervening years have seen the rise of the Internet, the availability of smaller, faster, cheaper computers, and a sometimes bewildering choice of mobile communications technology. Along the way I’ve become a huge fan of Moore’s Law, which in 1965 predicted that “The number of transistors incorporated in a chip will approximately double every 24 months.”

If you think that the number of transistors on a chip doesn’t matter, think again. You many not know what goes on inside your computer, but because Gordon Moore turned out to be right the laptop you’re probably using right now could run rings around ENIAC (Electronic Numerical Integrator and Computer), the world’s first general purpose computer, which weighed 30 tons. And your laptop is much, much cheaper. END_OF_DOCUMENT_TOKEN_TO_BE_REPLACED

Today is the last day of Emergency Preparedness Month, but that doesn’t mean preparedness should ever stop. So I’m cracking open my bookmarks folder and sharing some of my favorite websites for information about emergencies.

Weather
Many emergencies are weather-related, from extremes of heat and cold to storms of all kinds. In the US the most reliable source is the National Weather Service. It’s always the first site I bookmark on a new computer for everything from knowing what jacket to wear today to getting updates on hurricanes.

END_OF_DOCUMENT_TOKEN_TO_BE_REPLACED

When I was a child, radio stations still conducted Emergency Broadcast System tests by broadcasting loud, annoying alarms. after a half minute or so of beeps, a voice would intone, “This is a test. This is only a test. In the event of an actual emergency….”

Back then it was pretty simple. Near-instantaneous warnings could be sent by radio, television, a local siren, or loudspeakers on emergency vehicles. Unless the danger area was geographically small, only the first two were effective.

Today there are innumerable ways to notify people in an emergency. Computers and mobile communication devices have each added multiple channels, and there is some overlap–e-mail, text messaging, instant messaging, and several online social networks. Old-fashioned telephones have gone mobile and technology makes it possible for emergency managers to broadcast recorded notifications to phone numbers that have subscribed to their service. (These are sometimes called “Reverse 911,” although that’s actually a trademarked company name. There are other services that work similarly.)